The concept of wealth is a mind set rather than a number. There is no such thing as a threshold of net worth which, once exceeded, defines you as wealthy. Quite simply, you are wealthy if you feel wealthy. Research shows that most people feel they are not wealthy regardless of their net worth. Robert Frank, a columnist for the Wall Street Journal, once wrote that even wealthy people say they need twice as much wealth as they currently have in order to feel secure. Surveys show that those whose worth is $500,000 to $1 million say they need over $2 million and those worth $10 million say they need around $18 million to feel secure. Contrast this with the fact that about a third of the world’s population lives on less than $2 a day.

Your state of mind can make a huge difference to your financial outcomes. A scarcity mind set leads to jealousy, greed, poor financial decisions, discontent and misery. Feeling wealthy creates confidence, optimism, a willingness to take on more risk, and a greater desire to borrow and to spend. Economists talk about ‘the wealth effect’ – a psychological phenomenon that causes people to spend more as the value of their assets rises. The theory is that when the value of people’s homes or investment portfolios increase, they feel more financially secure, so they increase their spending. It is the increase in value that matters here, rather than the value itself.

We have seen clear evidence of this wealth effect over the last two years as rapidly rising house prices and low interest rates have triggered a cycle of ‘borrow and spend’. In the year to June 2021, household net worth was around $397,000, up 20% from $328,000 in June 2018. Now that inflation and interest rates are on the rise and property prices are falling, there is a reversal, with a marked drop in consumer spending. Recently released statistics show that household net worth dropped by 1.7% in the quarter to March 2022 – the biggest drop in household net worth for some years.

There was a time when motivational experts encouraged us to think of the word ‘abundance’, as it is the opposite of the word ‘scarcity’. Supposedly, reframing our lives as being abundant would bring about greater wealth and happiness. It’s no surprise that this trick of the mind didn’t work. The secret is to think not of abundance but ‘enoughness’ (and yes, that is a word!). Enoughness is the state of being and having enough. To be in this state requires a belief in yourself, that nothing is lacking and everything is OK in your life just as it is.

It’s easy to get a reality check on whether you have enough. Let’s start with some statistics. In June, 2021, the median net worth of New Zealand households was $397,000. At that time, about 70% of the wealth was held by 20% of households and net worth was higher in older age groups and those of European ethnicity. Spending time in places and with people where net worth and income is lower than average is a great way to get a perspective on your wealth.

You can increase your feeling of wealth simply by carrying a large amount of cash (say $1,000) in your wallet and by splashing out occasionally to buy things that make you feel good about yourself. You can feel wealthier by taking on the habits of wealthy people; being responsible with money, dressing the part, taking pride in your appearance, becoming financially literate, and having a strong work ethic. Decide what being wealthy means to you, and by all means strive for it, but be careful what you wish for. For many, wealth may seem like an unmitigated good – the more of it you have, the better. After all, wealth brings all sorts of advantages, like improved health, greater freedom and control over your life, nicer things, and respect from your friends and peers. Yet research suggests that wealth may also come with certain costs, and impact our social interactions in ways that we don’t foresee. Angela Robinson and Paul Piff of the University of California have undertaken studies which  show that wealthy people are more inclined to show less empathy for others, spend less time socialising with others, give less to charity and be more unethical in their behaviour.

We can waste a lot of time and emotional energy complaining and worrying about what we don’t have enough of and feeling trapped by scarcity. True freedom comes not from massive wealth but from enoughness. In the words of Lao Tzu, “When you realise nothing is lacking, the whole world belongs to you”. 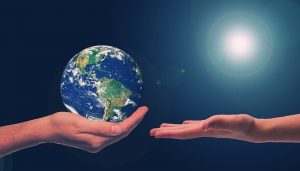 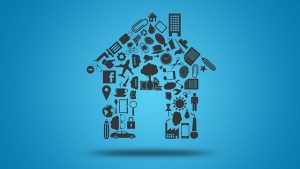 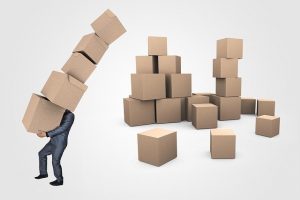